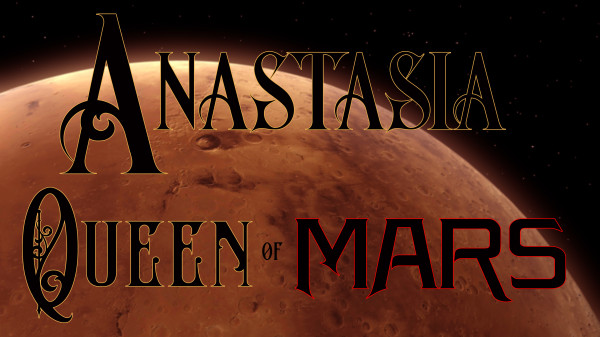 My new campaign is live! I know it seems like I just use this old LJ for campaign posts, but there are some people who only see my news here, even barren as LJ has become.  But never mind, onward!

Her name is Anavasavsta. Born on Mars in the year 1880 to an ancient royal house, she was heir to the throne of an empire. She was only a child when the Earthmen came to her world, and changed everything.

When the British came to explore Mars in 1879, they found a harsh, ancient world teeming with new and strange forms of life, including the red-skinned people of Mars, who live in the deeps of the Tarivinan Delve – a network of ravines and river valleys five times as deep as the Grand Canyon, where the air pressure provides an atmosphere more suited for life.

The Martian city-states and federations had lasted for thousands of years. Often at war, using technology left behind from an ancient golden age, they were totally unprepared for the arrival of Earthmen. Trade and colonization disrupted the world’s balance of power, and a war tore apart the oldest empire on the face of the planet.

The British thought it would be useful to have an heiress to the throne at hand, so when her family was wiped out, they took young Anavasavsta to Earth. She almost did not survive the harshness of her new home – the heavy gravity and dense air pressure. But now she has lived on Earth for ten years, learning languages, customs, and, above all, to adapt to the hardships of her new planet. She has a new name, given to her by the British: Anastasia.

Now, in 1899, the coalition that seized the throne on Mars has fallen apart, and the empire is there to be taken. Now she will return to the planet of her birth at the head of a battalion of soldiers to take the throne in the name of the British Empire.

She is going back to a world she has not seen since she was a child, where she does not know if she belongs. She will be given the power to take revenge on the people who killed her family, but as a pawn of the British Empire. The Earthmen are her allies – some are even her friends – but is she willing to take the throne just to make it a possession of the Crown? Must she choose between being Anavasavsta or Anastasia? Can she become the Queen of Mars?