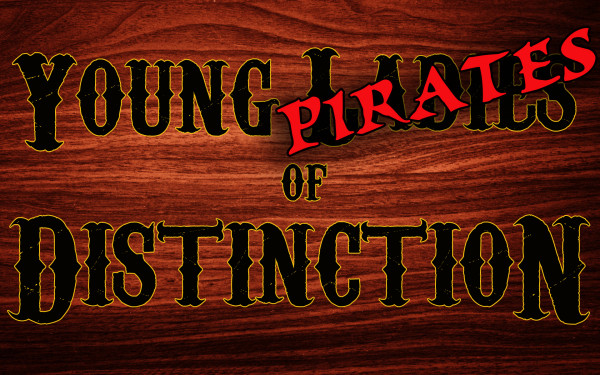 My new book campaign is live!  After a bit of a hiatus, I have returned with a new pitch for sexy steampunk adventure!

In the Midlands of England stands the Wentworth Academy for Young Ladies of Distinction, a respected establishment for the schooling of wealthy young women. Yet it has another, secret side. Separate from the main school is the Bloodgood House – a place where girls with “special” requirements are housed. Now, as spring deepens into summer in 1875, there are five girls in residence:

Diana Silverthorn – Bookish, shy Diana has an addiction to penny dreadful tales of airship pirates and swashbuckling adventure – especially the stories of the fearsome Captain Hawk — and spends her time writing torrid pirate adventures she never lets anyone see. It is an unusual pursuit for a young woman, yet not as unusual as the heavy bracelets she must wear to control her magnetic affliction, which can cause every metallic object in a room to be attracted to her.

Rebecca Baltimore – An American girl of a new-money family, Rebecca has been sent to the Academy to try and educate her in spite of her forceful and wayward nature. Rebecca is athletic, adventurous, and very, very strong — so strong she is given a special drink every day at bedtime to make her weak and docile.

Vittra Valdenheld – A quick, intelligent girl with an inquisitive mind and a fierce sense of loyalty, Vittra is very fond of animals of all kinds – especially dangerous ones. She is not allowed any meat, and is given an injection whenever she becomes agitated.

Echo Killwinter – A pale, distracted girl who sings, stays up late, and covets fancy clothes, Echo might seem the least odd of the group. And yet she cannot abide the sunlight, and is allowed to eat only a specially-formulated gruel.

Ayesha a’ Jharra – The new girl, Ayesha is of an unknown lineage, but has a wealthy uncle for a benefactor. This would be to her advantage, except that she suffers from a belief that she will burst into flames if she loses control of herself, and so she is often sedated, and kept away from things that might burn.

Chafing under the rule of their headmistress, Miss Hench, they long for the chance to get away on holiday, like the other girls. They get their chance one night when airship pirates raid the school, and rather than be kidnapped by the menacing Captain Blackstone, the girls manage to steal a ship themselves and fly away.

With their own ship, Rebecca tells them they could escape Wentworth forever and become pirates themselves. But while Wentworth might have prepared them to be young ladies of distinction, it has not taught them to be pirates. They need a teacher, and Diana knows that the famous Captain Hawk has just been captured in London. If they could only break him out of jail, he could teach them everything they might need to know...